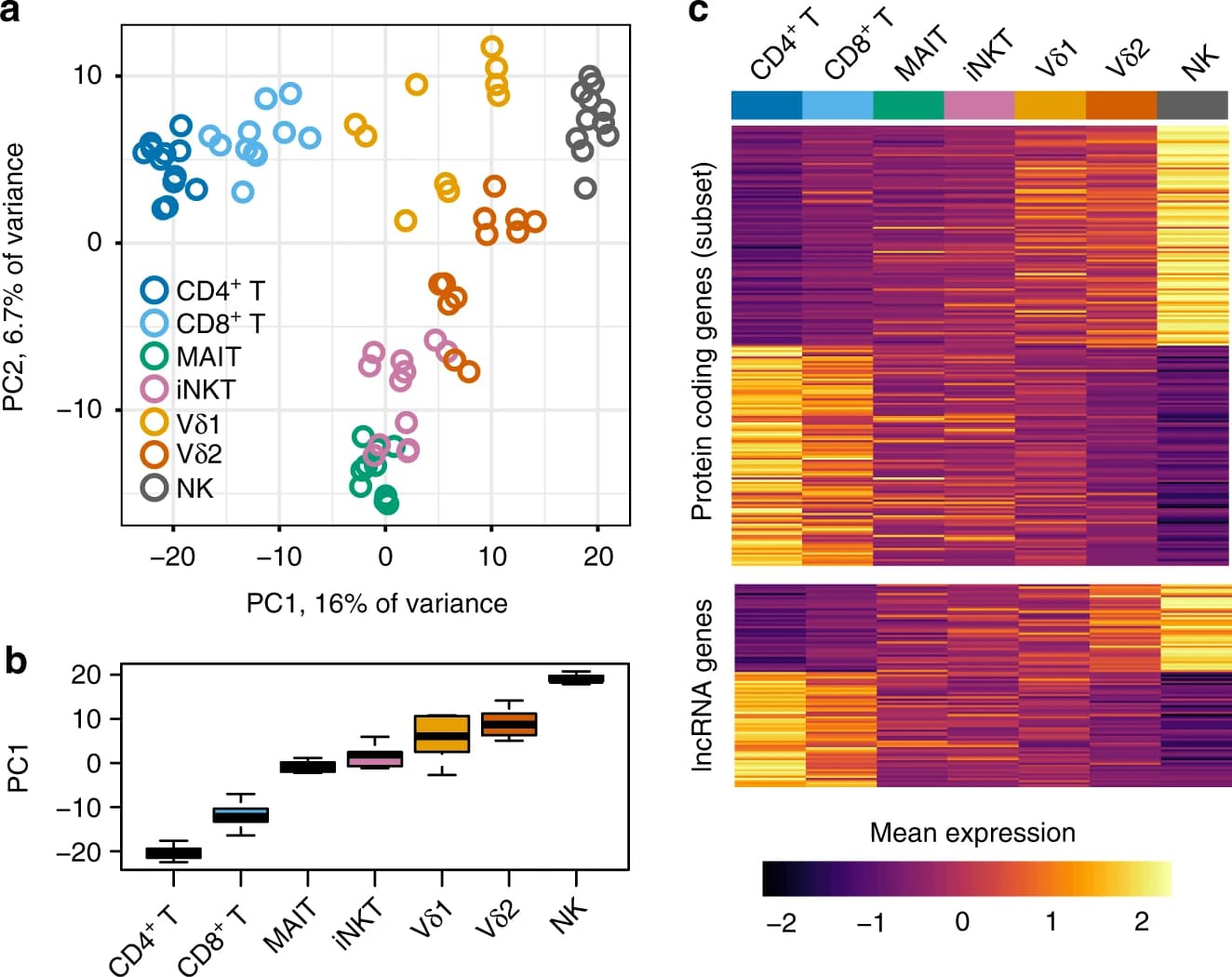 On this website, we provide an interactive data browser to view association statistics for each gene with the innateness gradient. We also show a summary of the expression data, and correlated genes to the selected gene.

Differential expression statistics for all genes. Summary of expression levels at the bulk and single-cell levels.

The data presented here comes from the laboratories of:

Get the code for the analysis: